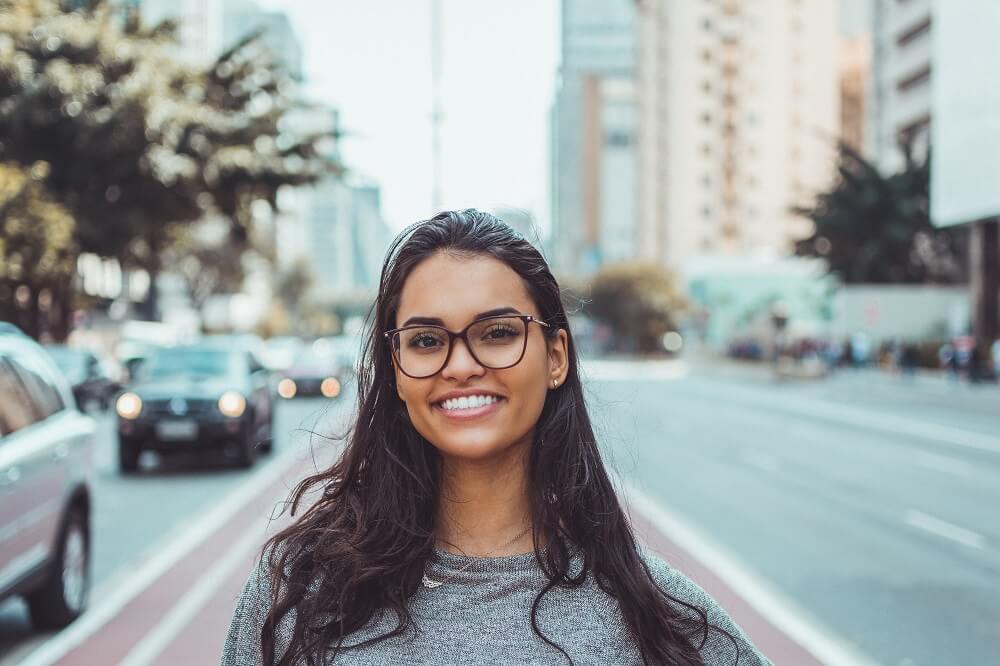 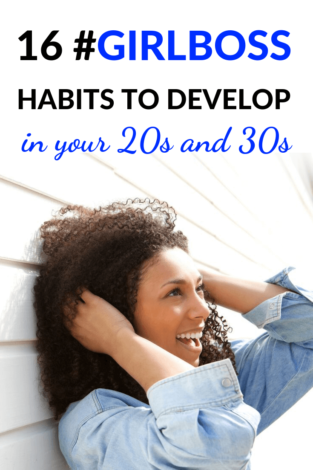 Boss Lady— /Baws LAY-dee/ – A confident and independent woman who takes charge of her life.

After stumbling upon this life-changing book, I realized that some boss ladies are born naturally. And for the rest of us, we have to learn along the way.

What you do today matters.

In fact, your daily habits are a determining factor in how successful you become.

So before you let your hours drift away into a myriad of little things, wake up to the real purpose of your life.

Time is a resource we can’t get back. You don’t have forever to do this stuff.

So what’s the bottom line?

So in this article, we’re going to cover 16 boss lady habits you should develop now.

…because the world can always use a little more #girlpower.

I once heard someone say, “If you’re thinking about what you’re going to achieve when you wake up – it’s already too late.”

So here’s your challenge:

Write your to-do lists the night before.

In the morning, one of the first things that crosses your mind is what you have planned for the day.

But the goal is to get those plans out of your head and on paper the night before.

Why? Because when you have your to-do list ready in the morning, you’re already prepared to kick start your day.

The act of writing things down can be life-changing by itself.

Author Klauser from Write it Down, Make it Happen calls this knowing what you want – and getting it.

So what are you waiting for?

“The secret to getting ahead is getting started.”

When you think about your health, what comes to mind? Eating healthy, drinking water, or exercising?

Those are all important, but many of us forget about one core thing:

Getting good sleep is about making your health a priority.

Our bodies run best when we sleep well, so put away your phone, relax, and try using things like this to help you sleep better.

7-8 hours of sleep each night will leave you feeling refreshed and ready for the next day.

Jane Fonda said it’s one of her secrets to aging gracefully.

Jennifer Aniston says it’s a kick-start for her day.

These boss ladies are talking about one thing:

Meditation helps retain focus, reduce anxiety, and increase creativity. Think of meditation as a mini-meeting with yourself.

I started meditating 3 years ago. Admittedly, it was difficult at first. I had a hard time focusing.

But I promised myself I’d keep at it for at least 30 days. So I bought a meditation pillow like this one and downloaded a meditation app.

After 7 days, my focus and concentration doubled. After 14 days, any stress and anxiety I carried around with me had pretty much disappeared. And by day 30, I knew this had become a life-changing habit.

“Meditation is about getting still enough to know the difference between the voice and you.”

Eckhart talks about the power of now in his book, which has a permanent spot on my nightstand.

So calm your mind by spending a few minutes meditating.

Repeat 3-5 positive affirmations in the mirror each day.

This will begin improving your relationship with yourself through CBT, aka Cognitive Based Therapy.

An affirmation example could be, “You are great. You are smart. You are enough.”

If you don’t know what to say, try this:

Make a list of all the things you like about yourself. Next time you’re feeling particularly accomplished, refer to those in times of self-doubt.

“Whatever you are, be a good one.”

You’re a boss lady and you get stuff done.

Goals are an important factor in your success.

Several years ago, Harvard University did a research study about goal-setting.

They asked students if they had set specific, written goals, as well as if they’d made clear plans to achieve them.

Here were the results:

After 10 years, the same group of students were interviewed again.

The results were surprising:

The 13% of the class who had goals, but didn’t write them down, earned twice the amount of the 84% who had no goals.

And the 3% who had written goals were earning, on average, 10 times more than the other 97% of the class combined.

As Steven Pressfield says, “Most of us have two lives: the lives we live and the lives we are capable of living.”

But not every goal is created equal. You should create SMART goals.

SMART is an acronym that means: Specific, Measurable, Attainable, Realistic and Time-bound.

Your goals must be all of these things.

If you’ve never read a good goal-setting book, I recommend reading this one.

That book teaches you how to get more done in 12 weeks than most people do in 12 months.

And it will change your life.

It’s tough to get promoted if your boss’ boss doesn’t even know who you are.

So make it a point to network with people at all levels within your company.

Oh, and that office party that everyone dreads going to?

Don’t skip out on it. Opportunity knocks at the most unexpected times.

And chances are, office events are probably the most approachable your boss, or your boss’s boss, will ever be.

“The man at the top of the mountain didn’t fall there.”

Learn to build a routine around the tasks that you have to do daily or weekly.

This streamlines your day, provides structure and builds good habits.

Doing something on a daily basis, even if it’s something small, creates big momentum in the long run.

Little by little, a little becomes a lot.

A boss lady can be introverted or extroverted.

We’re humans, so some form of social interaction is a need for us.

(And even the most introverted have to pull themselves out sometimes)

A Psychology Today research study found a link between happiness and social interaction.

The happiest people are 2 times more social than the saddest.

Girl Boss Recommendation: The Charisma Myth – How Anyone Can Master the Art and Science of Personal Magnetism

And stick to it.

The saying goes – a budget is you telling your money where to go instead of wondering where it went.

“Too many people spend money they earned..to buy things they don’t want..to impress people that they don’t like.” 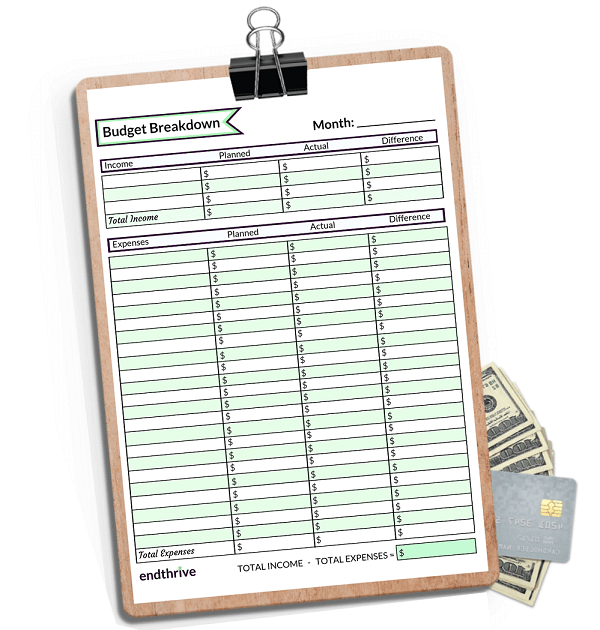 Donating to the causes you care about not only benefits the charities themselves, but it can be rewarding for you too.

It feels good and strengthens your personal values.

The National Institutes of Health found that people who donate to charity enjoy activated pleasure centers in the brain.

Communication is important. It’s one of the most unmistakable traits of successful women.

While some women are naturally charming and transformative, many of us aren’t.

Try subscribing to Merriam Webster’s Word of the Day notifications.

To take it one step more advanced, try writing a sentence with the word of the day in it.

This will help solidify the unfamiliar word you just learned. It’s fun and it’s practical.

And that’s what I call learning with a purpose.

“A reader lives a thousand lives before he dies . . . The man who never reads lives only one.”

A boss lady is always continuing her education – and not through the traditional college education you might think.

Whether it’s Podcasts or books, commit to learning something new each week.

“Reading is essential for those who seek to rise above the ordinary.”

Some people believe being a minimalist means you’re sacrificing things. Or that you’re not taking advantage of all that is available in the modern world today.

But being a minimalist is a state of mind, not a set of rules.

It means you have more of what you need. You’re able to enjoy everything you have and aren’t worried about what you don’t have.

Minimalism is an appreciation of space. So read things like this to experience the eye-opening magic of decluttering your space.

And not just because it’s the nice thing to do.

Or even better, try to break a sweat daily.

Not to mention, spending time outdoors is a natural antidepressant.

Whether it’s in the morning or on your lunch break, commit to spending time in fresh air and outside of the four walls of your house or office.

16 | Realize that Comeback is Always Stronger than the Setback

There are no mistakes, only lessons.

Nourish. Grow. Inspire. And let every lesson be a brick in the foundation of building yourself. 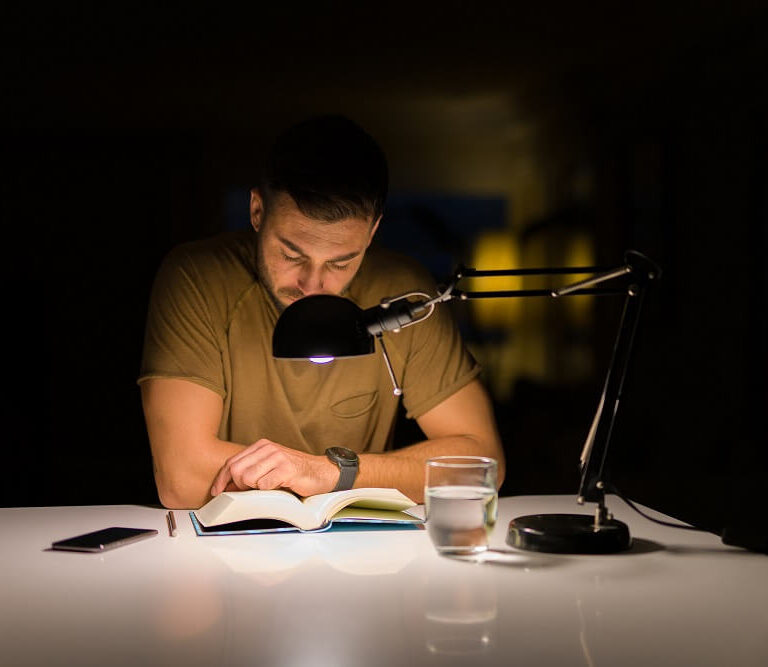 20 Productive Things You Can do Before Going to Bed 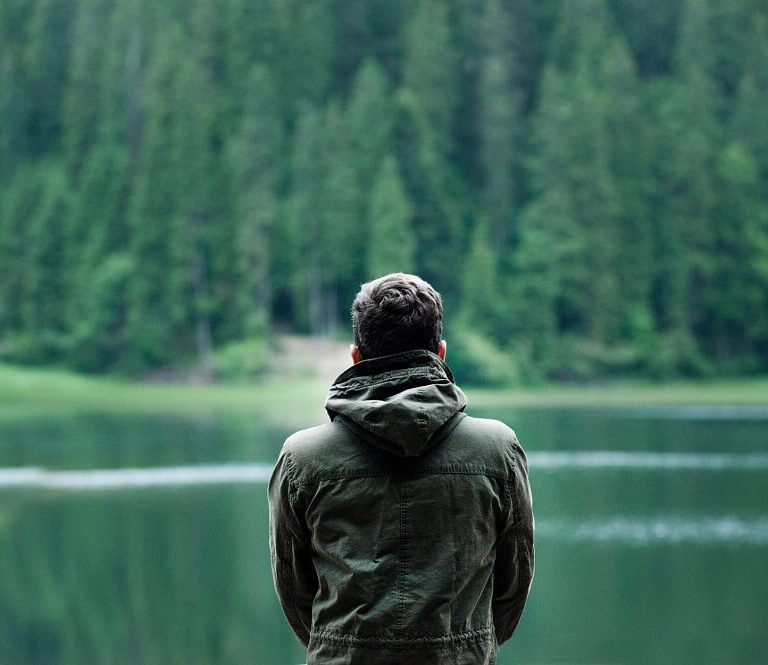 How to Care Less What People Think About You

Scroll back to top