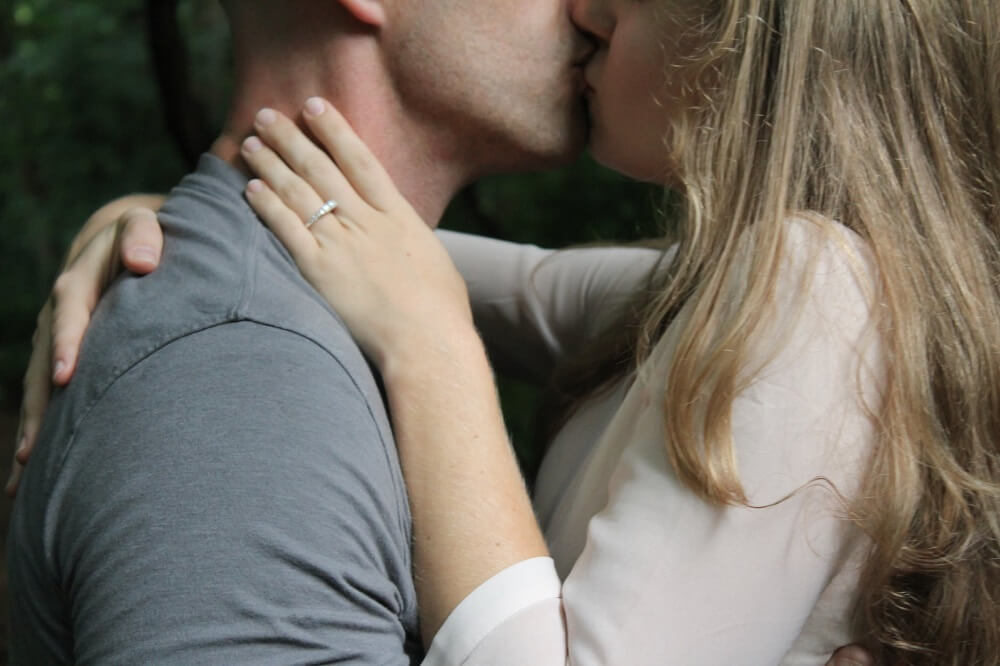 The Biggest Bedroom Mistakes Women Make, According to Men 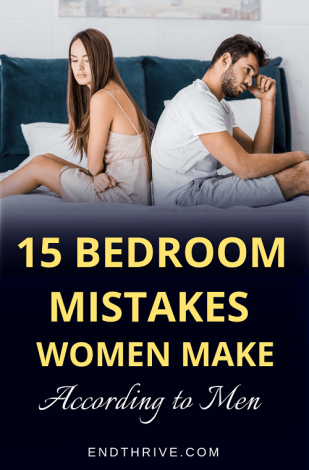 If you’re in a relationship, you’ve probably wondered how to be better in bed for him.

You’ve also probably asked yourself, “Does he want me to initiate?” and a million other questions.

Because here’s the thing:

They don’t always communicate as well as we’d like them to.

So instead of trying to figure it out on our own, sometimes we just need to hear it directly from men. So I posed the question to men, “Guys, what’s the biggest bedroom mistakes women make?”

The answers were pretty real (and somewhat funny).

As it turns out, there are some pretty specific mistakes women make in the bedroom:

1 | Bouncing Too High During Cowgirl 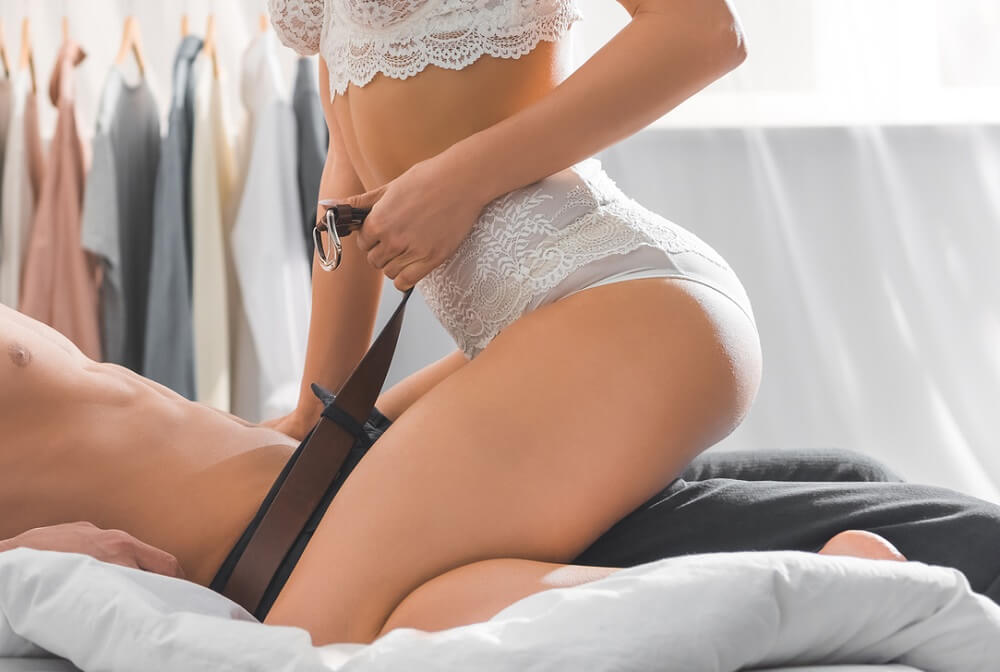 “Don’t get me wrong, I love to know that you’re enjoying it so much that you get really into it. But, there’s nothing more painful than having you slam down on me after I’ve slipped out. It feels like my dick is about to break. ” – Anthony, 34

Beware of bouncing too high up and having him slip out.

This can cause you to slam down on his erection (which is still pointed upright but not at the right angle to go back inside).

So make sure you take it slowly and actually insert him back in first. 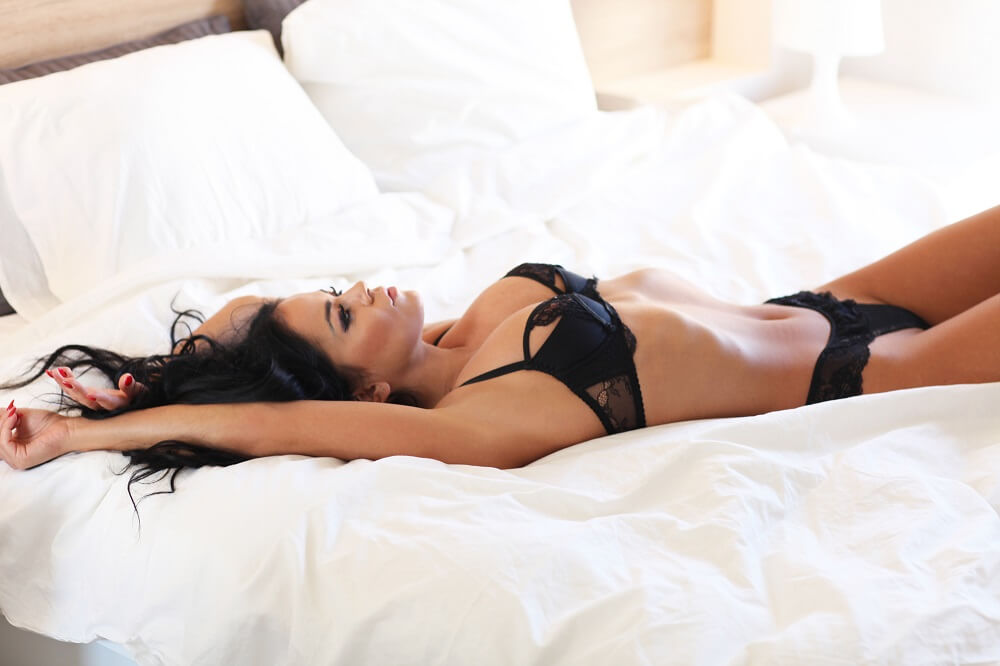 “There is nothing more uncomfortable than getting it on and the only noise I hear is the sound of the bed. One time, I was hooking up with this girl who was so quiet that I just faked an orgasm so it could be over. I couldn’t even tell if she liked it or not. It was so awkward.” – James, 29

If you’re not encouraging him through moans, then it’s easy for him to think:

Is she even enjoying this? Or is she wanting it to be over with?

So if you’re having fun, then make a little noise to encourage him.

3 | Making Him Do Everything 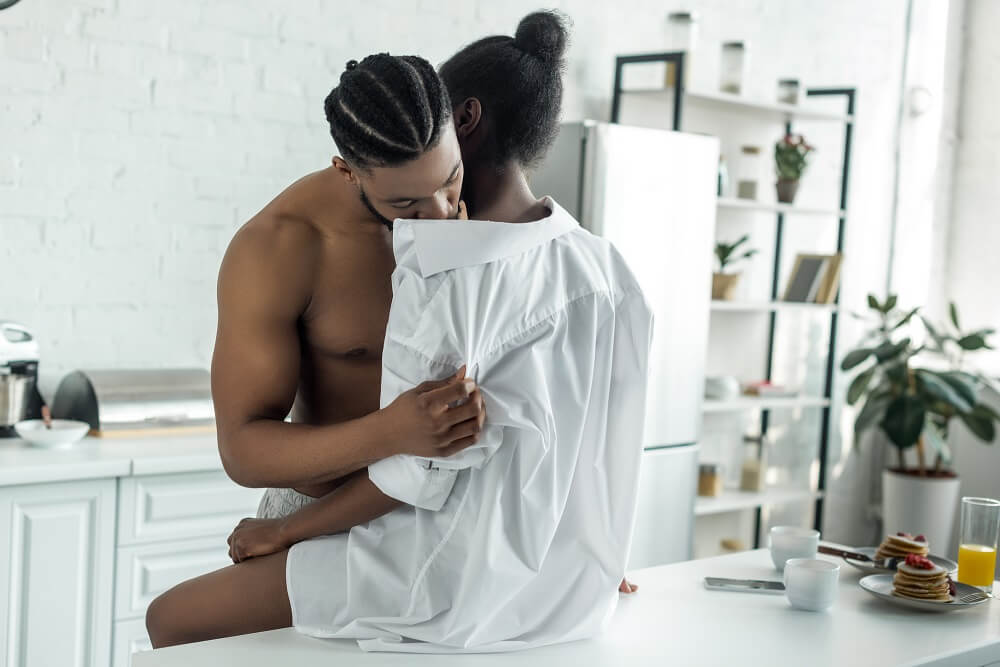 “This makes love making feel very one-sided and it gets very boring, very fast. I was in a long-term relationship for two years where I did everything. It definitely took a toll on our relationship. I want to feel like you want it enough that you’re willing to put some effort in. The confidence to take initiative is so hot.” – Private

According to psychology professor Les Parrott, this is without a doubt one of the biggest bedroom mistakes women make.

This type of passive demeanor usually goes hand-in-hand with insecurity or feeling like intimacy is taboo.

So when a man has to do all the work, then he starts feeling like you’re not that into him. 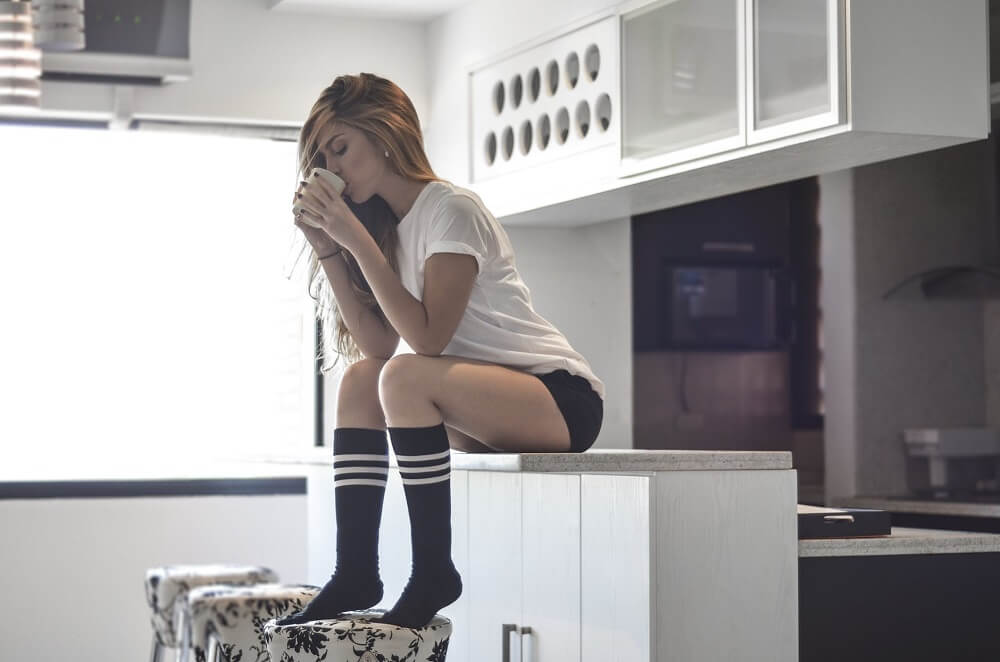 “I really don’t care about your cellulite, stretch marks, or extra body fat. I’m in front of you with a hard-on, so you should know that I’m attracted to you. During bedroom time, all I can think about is how good you look, not whether you carry extra weight on your thighs.” – Aiden, 43

Of all the factors that affect how satisfied we are – one of the most important is our confidence.

The heat of the moment is not the time to worry about your cellulite.

Lovemaking is about sharing a special moment between you and your partner.

Your cellulite is the least of his concerns. So know what you bring to the table.

Don’t try to keep your clothes on.

Don’t hide your body — he loves it. He thinks your hot.

Intimacy just isn’t the same without sensual skin-on-skin contact. Get rid of the t-shirt or bra and get into the moment.

Don’t turn the lights off.

Women who are insecure about their bodies are often afraid of getting naked with the lights on.

Don’t be. Half of the stuff you worry about your body are things he doesn’t even notice.

5 | Harsh Tugging on His Member 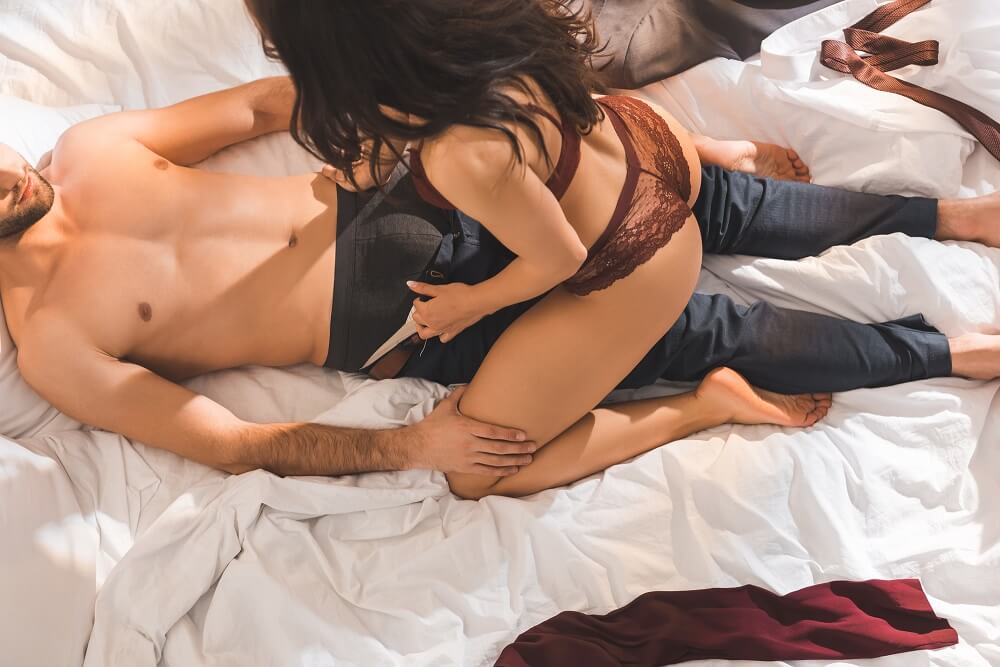 “It hurts like hell when it’s not wet enough and you’re trying to jerk or suck me off. The wetter, the better.” – Private

Put a little pressure on him with your hands and make sure it’s wet. Otherwise, it might hurt him – which is one of the biggest bedroom mistakes women that’s easily avoidable.

If you have to use a flavored lube, go for it. 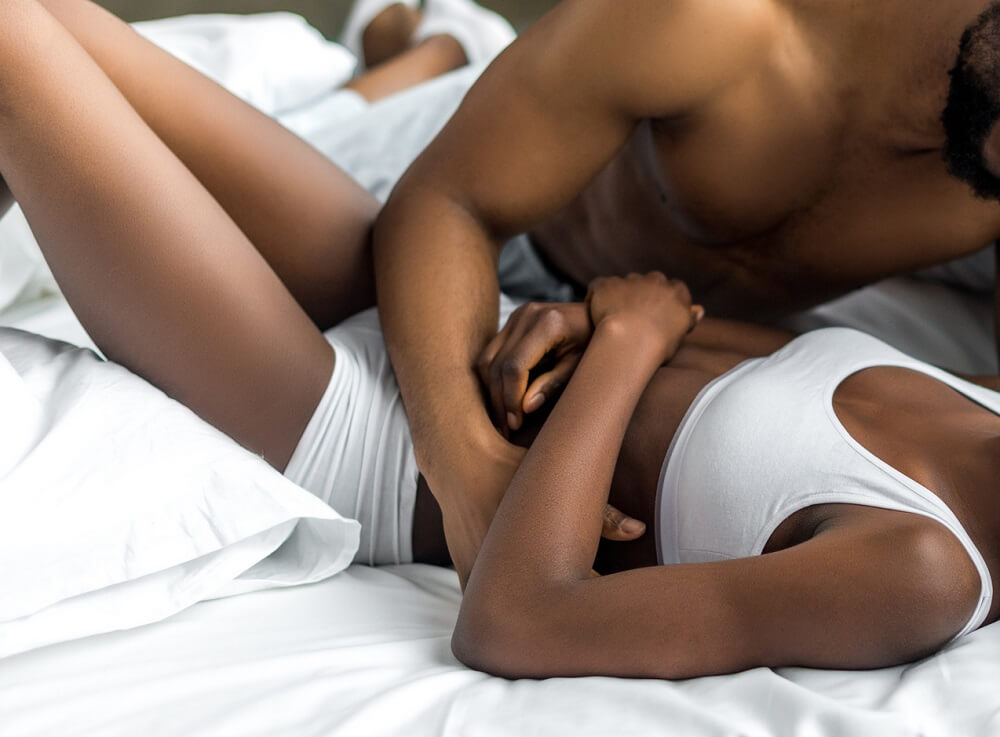 There are a variety of reasons people put off oral (taste or smell) but do what you can to solve those issues.

For example, shower together beforehand if you’re concerned about his smell. Or use a flavored lube to make it taste better.

7 | Only Doing the Missionary Position 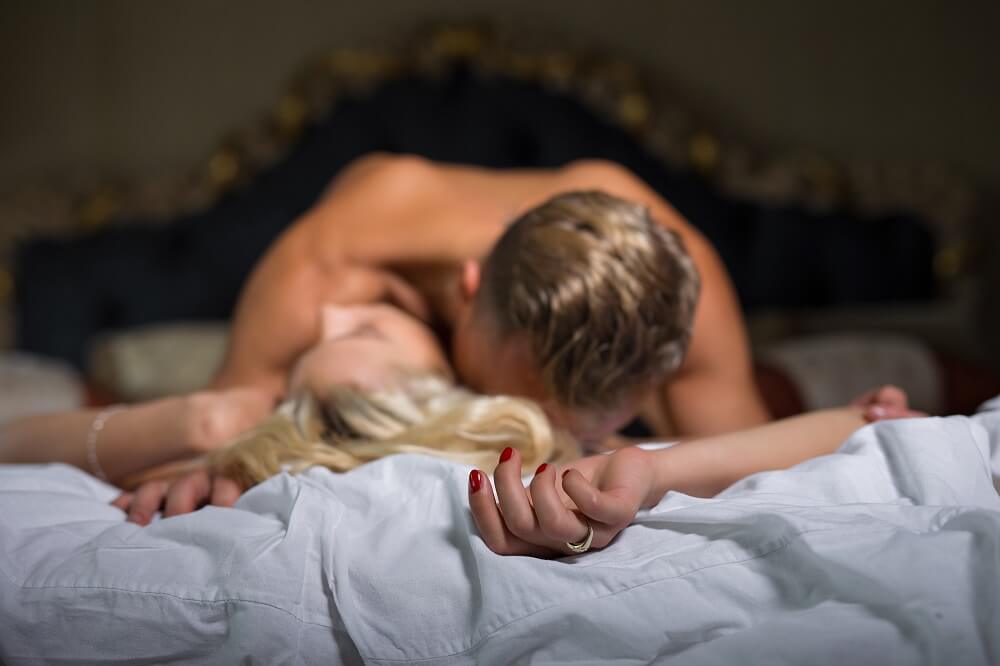 “It’s already difficult enough to keep the passion and spark alive when you’re with someone the rest of your life, but it’s basically impossible when I’m bored out of my mind because it’s the same position every time. I love seeing my girlfriend in different positions and at different angles.” – Adam, 27

Women like missionary positions for a lot of reasons – some good (eye contact, feels good), some not so good (it’s the position that hides our body and lets us just lie there while he does it all).

Switch it up sometimes. And if you need some fresh ideas, read this.

8 | Getting Upset When He Suggests Something New 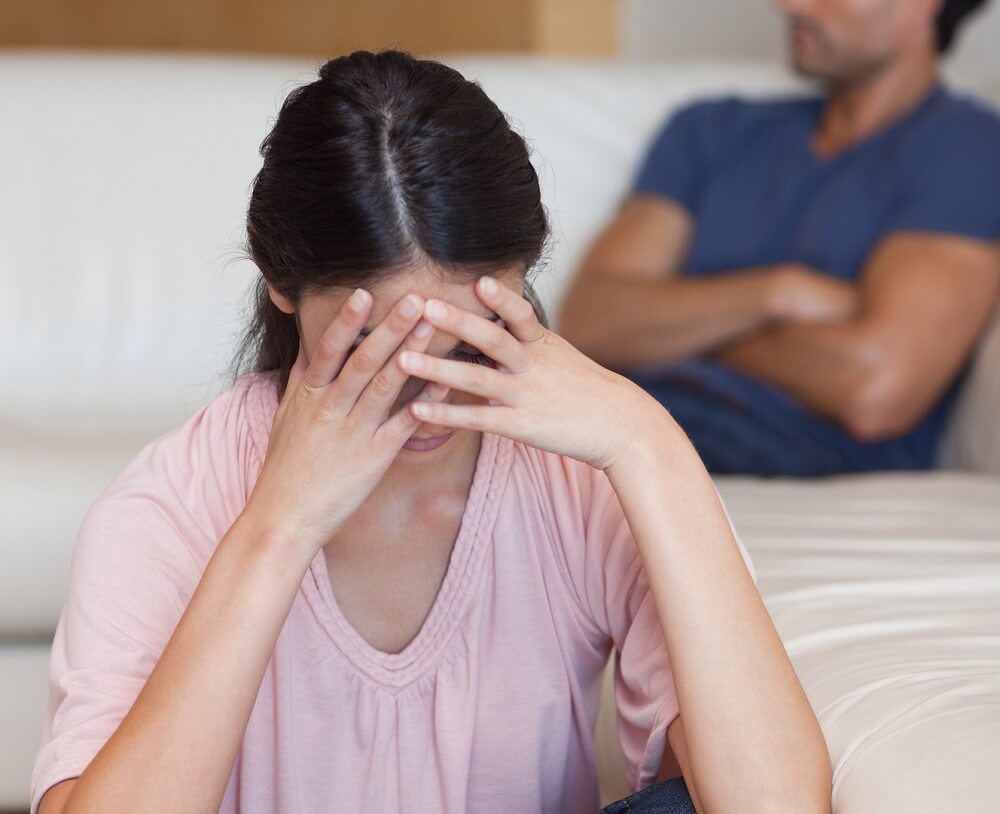 “Just because I want to try something different, doesn’t mean I’m unhappy with you or the lovemaking. It’s frustrating when we suggest something new and you get offended. Sometimes it’s fun to switch it up.” – Private

This is one of the biggest bedroom mistakes women make without realizing it.

After two people have been together for a long time, it’s normal to want to spice up the relationship.

You don’t have to feel obligated to do anything you aren’t comfortable with. But, make sure to keep an open mind when it comes to spicing it up.

After all, it doesn’t hurt to try it.

If you don’t like it, then you don’t have to do it again.

Of course, if you really don’t want to do something, then just explain it to your partner in a loving and compassionate way.

If he requests something that surprises you – try not to overact.

Let him know you’re initially uncomfortable with it and that you’ll need some time to think it over. 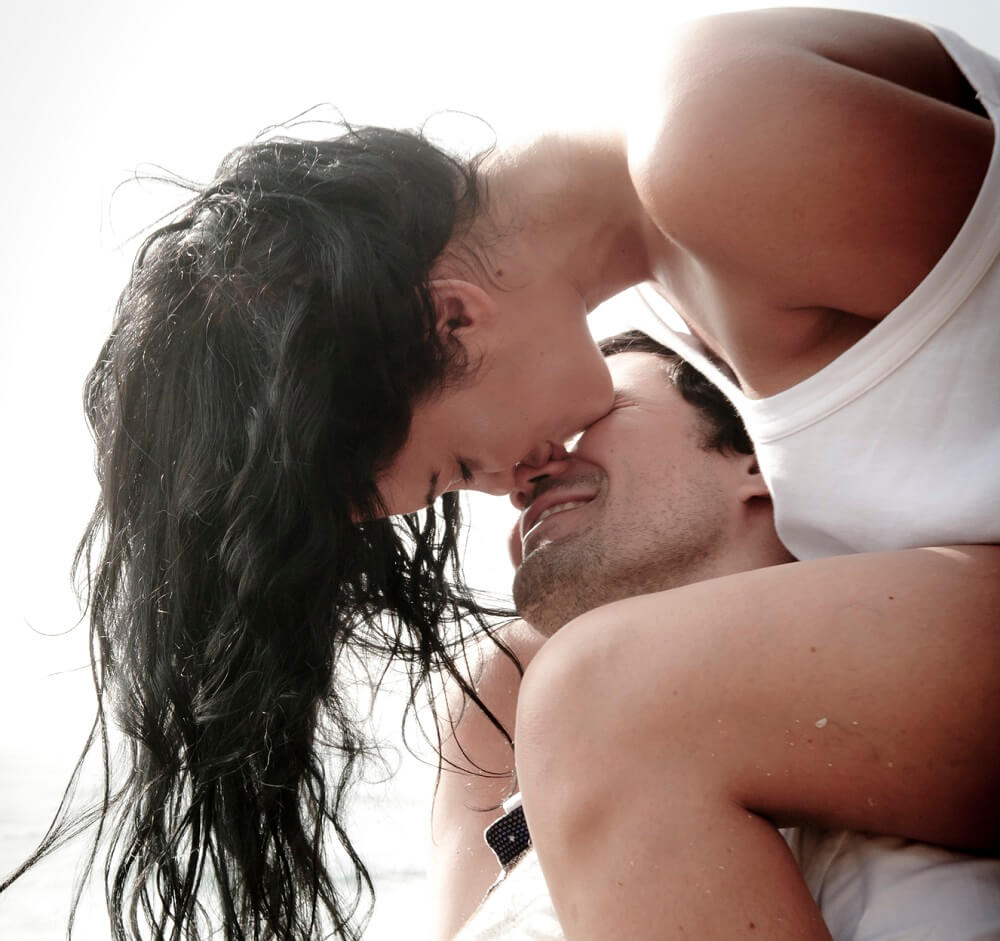 “It’s really attractive knowing that she wants it so much that she grabs me and goes for it. If I have to initiate it all the time, I start feeling like she doesn’t enjoy it. And then when I bring it to her attention, I hate hearing: “But I do enjoy it, it’s just initiating is not my thing.'” -Logan, 30

A healthy relationship means both people should feel wanted and desired.

Failing to initiate is a huge mistake women make when it comes to the bedroom.

If one person always feels like they’re the initiator, it sets up disequilibrium on the passion scale in the relationship.

People who have amazing love lives know that while saying yes is great- wanting their partner so much that they ask for it – is even better. 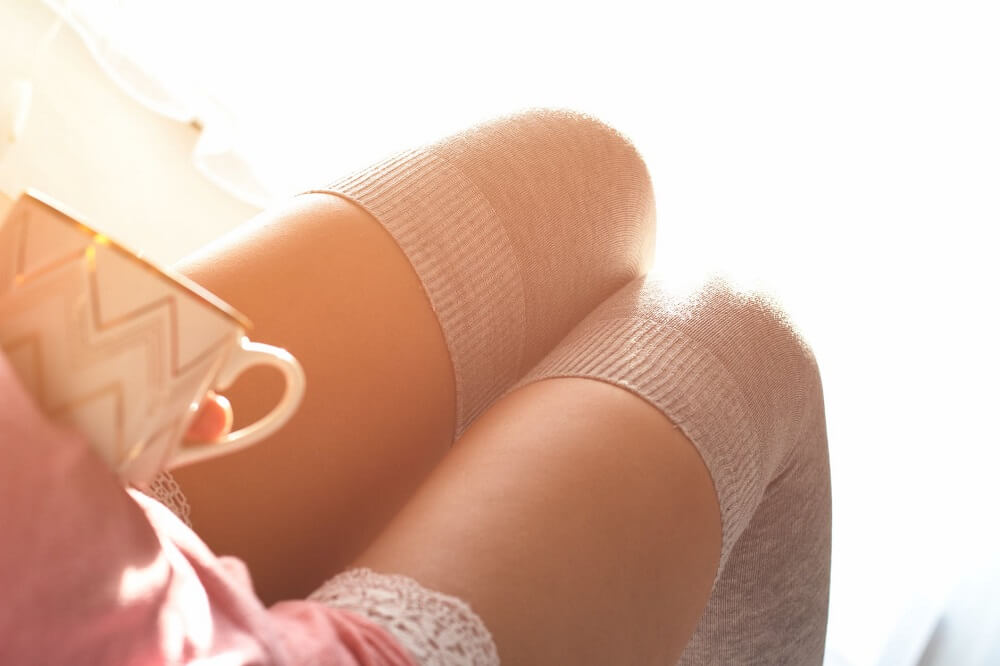 “We notice when you’re always in sweatpants, granny panties, and a messy bun. We don’t expect you to dress up like you’re going out every day, but we like to see that you’ve put in a little effort. One of the biggest bedroom mistakes women make is losing their sexy. ” – Darrell, 41

Once you’re in a long-term relationship, it’s easy to not make your love life a priority.

You’re tired, you don’t feel good and you’d rather wait for another night – I get it.

But sometimes we start neglecting his needs. And not carving out time for lovemaking is definitely a form of neglect.

Pay attention to yourself and your partner. Make time to dress up, wear lingerie, and allow yourself to feel good. 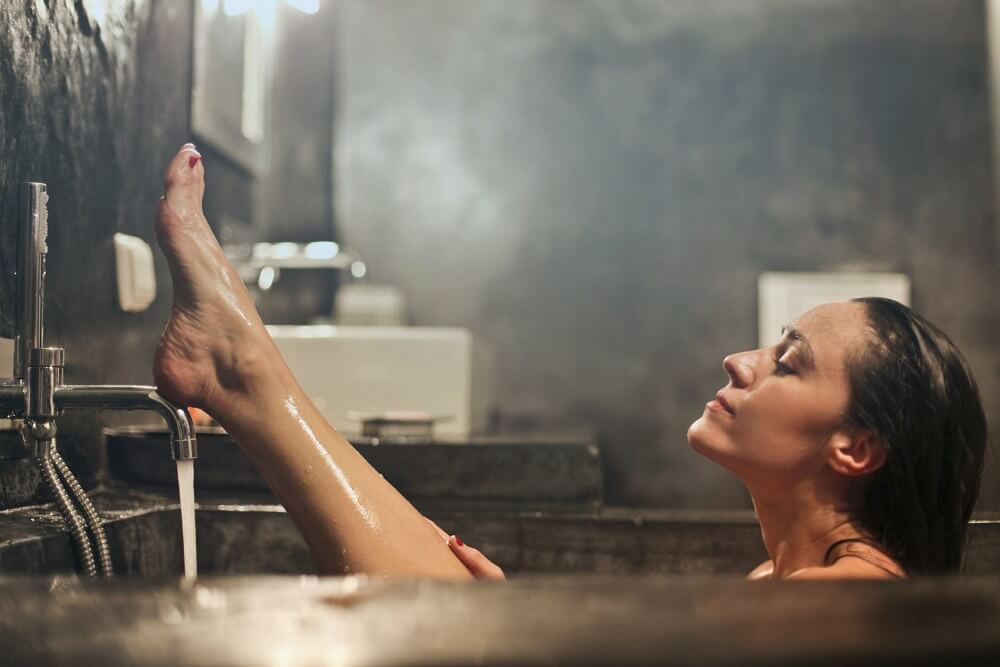 “My ex-girlfriend and I went to dinner one night and as soon as we came home, things started getting hot. When I pulled off her underwear though, I could immediately smell something foul. She didn’t smell like that all the time, but there were definitely times when she neglected her hygiene. We didn’t last very long.” – Private

“I briefly dated a woman who had issues with cleaning her butt. I tried to go down on her but the smell of sh-t was so strong that I almost threw up. Never again.” – Michael, 32

“I got in the bed with one girl and I could smell her feet. We ended up just cuddling until I came up with an excuse to leave.” – Tony, 30

So many men had this complaint. Just make sure you’re aware of your health and hygiene. 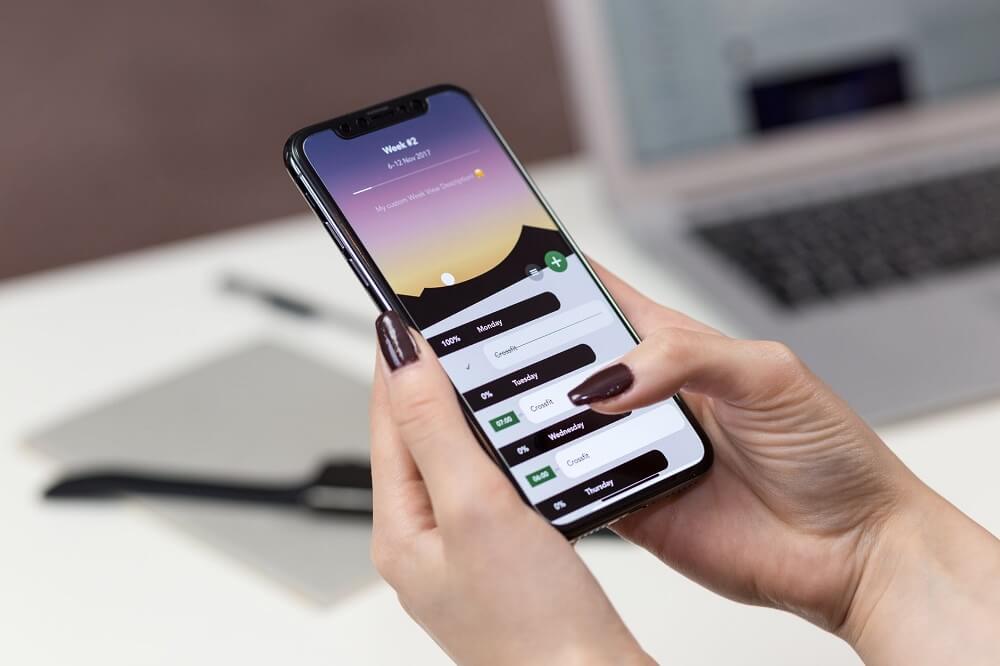 “It’s so frustrating when you’re hooking up with someone and they can’t put their phone away. Or, when you have to deal with the constant dings of new notifications.”– Sean, 45

It’s hard to believe that some people are actually worried about their phone during bedroom fun- but I guarantee there’s someone out there that needs to hear this.

Leave your phone alone during lovemaking. Better yet, put it on silent so the notifications aren’t distracting. 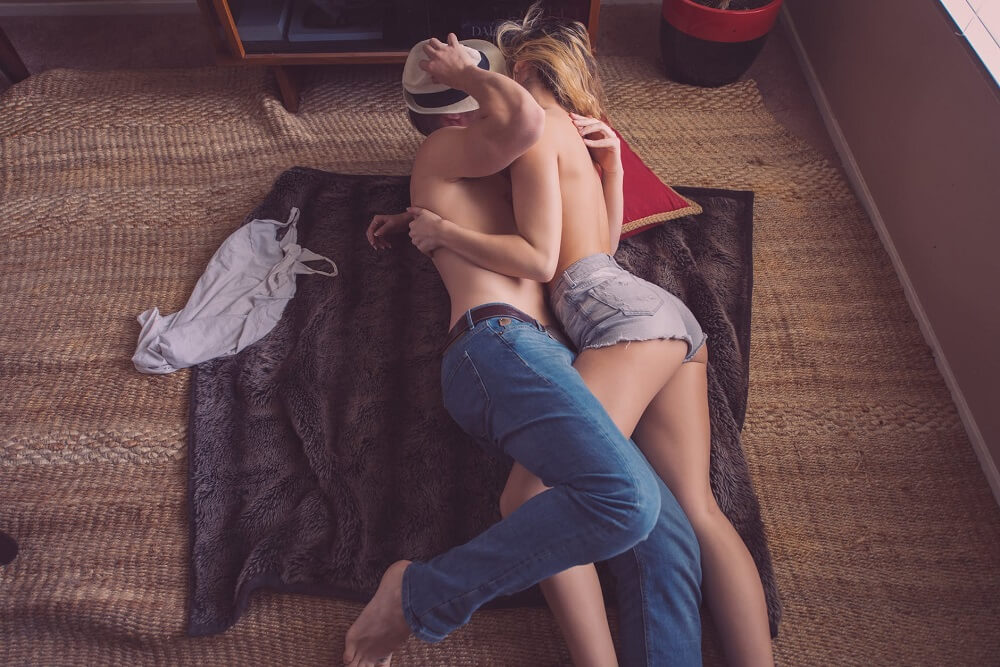 “Sometimes we’re stressed out, we’re tired, or we just don’t feel 100%, so it makes it hard to always get it up right away. One of the biggest bedroom mistakes you can make is assuming it’s your fault. And if you make a big deal out of it, it definitely doesn’t help.” – Jonathan, 49

Men are humans, not robots: his penis is made of flesh and blood, not metal.

The more easy-going you are about his erections, the more relaxed he will be next time it happens.

14 | Talking During and After Lovemaking

“If we’re being intimate, or just were, I don’t want to have a full-blown conversation.” – Seth, 25

I’m not talking about dirty talk because men usually enjoy a little bit of that. I mean talking his ear off about things that don’t set the mood.

There are a time and a place for chit chat. 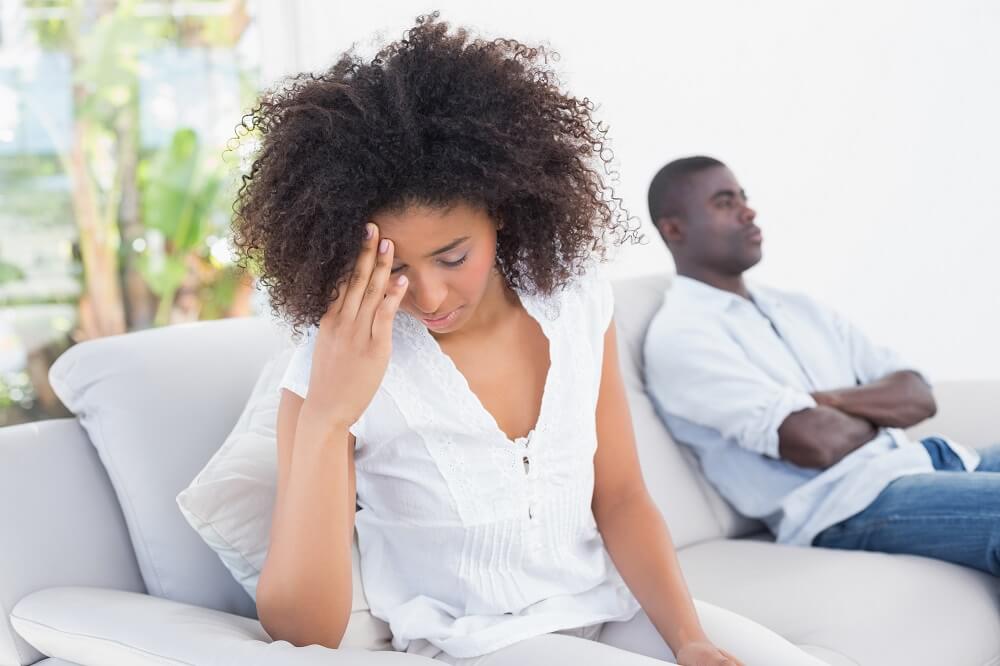 The saying goes – you catch more bees with honey than with vinegar.

If you need to express something, start by saying, “It feels good when you do this…”

If you take that approach, I can promise you’ll get more of what you really want.

How to Take a Much Needed Break From Social Media

5 Secrets For Working Smarter, Not Harder

Scroll back to top